Hello to everyone that is still reading anything both here on HIVE.

It's been a month since i last checked how things were around here, and it's interesting to see how things feel a bit different since the split.

But i might talk about these differences sometime in the future, because right now, i am interested in looking at how the price of both tokens are behaving one and a half months after the fork.

And i gotta say, it's something really interesting to see:

The graphic above shows the price variation of each token since the fork.

But eve more interesting is the spike that happened on April 26-27.

While the relative price shows an information about how much the price increased since a certain date, showing the growth tendency of each asset, it's also important to see the absolute price (in BTC): And again, we see the same spike on April 26-27, where after the HIVE price reached 0.00012 BTC, the STEEM price followed it the next day, and while both of them dropped right after, it looks like HIVE token held it's price better, being valued 2x more than STEEM.

So, what caused the spike?

It's a simple recurring type of event that usually have this kind of effect:

On these days, Huobi and Binance listed HIVE as a tradeble asset (officially supporting the fork).

But why STEEM price followed HIVE price? Well, that's the weird part of it, since the snapshot of the fork (when STEEM tokens were "registered" for the new HIVE tokens) happened more than a month earlier, so... 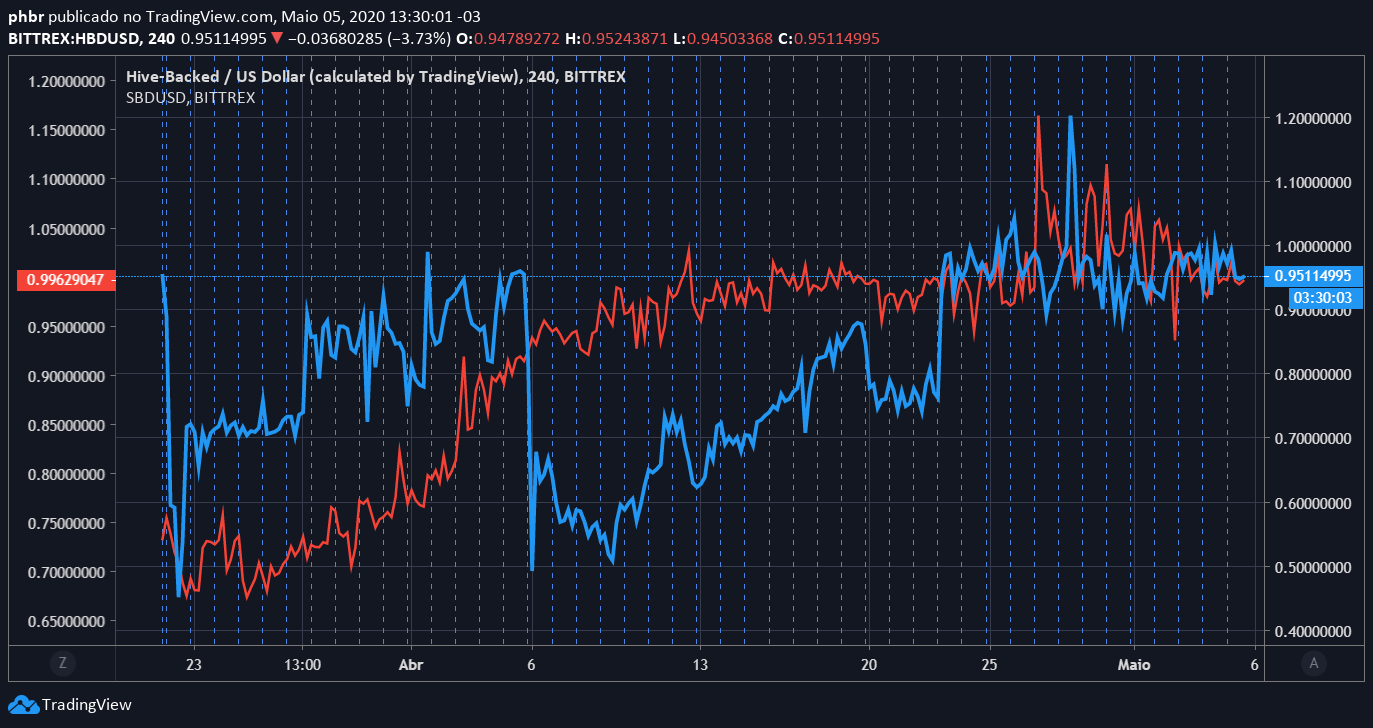 Not much happening on the stable side of the equation, but it looks like the stable coins of both chains are finally recovering their balance, wich is positive for both chains.

So, besides this fun price ride, what else have i missed on the latest month? Just tell me on the comments.